However, he seems not to be worried with what they confisticated at his house, he says, he is getting’bad people’ out of his life.

He added that the FBI raid is part of the ongoing investigation into a looting incident at an Arizona mall during Black Lives Matter protests.

Paul maintains that there are NO other criminals investigations going on inside of his home, including a bunch of “rumours” he claims have been reported online.

Paul was charged several months ago after a mall in Scottdale, Arizona was looted by rioters following the death of George Floyd. At the time, Paul appeared in one of the videos showing the group walking inside the mall. The Youtuber was charged with criminal trespass and unlawful assembly.

More than 20 FBI agents docked in for search at his house following the incident.

However, Paul says people who have been negative and critical to his course will be cut out from his chain. It’s still unclear if this person (s) is connected to the FBI investigation.

“When I become aware of someone around me doing malicious things they are immediately cut out of my life. I don’t put up with bulls. I don’t surround myself with bad people, and if someone does something bad, they will be removed from my life,” he says in the video.

“My goal right now is to continue to focus on myself, boxing, and music.”

“I want to say thanks to my fans who have been sticking by my side through all these crazy times,” he concluded. 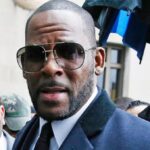