Tekno Miles, the Nigerian Afro-Beat music star, has surprised many after he said that he has decided to completely stop using cannabis or bhang.

In a viral video, Tekno Miles says that he reached that decision, and he insists that he has stopped using it.


“This is me, 48 hours later or rather more than those hours, without cannabis, without marijuana. I like the way I am going, even though I got some sleep at night. Yes, I am fine. My eyes are fine now. There are no signs of alcohol use. I know it will be even better, “says Tekno Miles, who took the Pana Dance.

Tekno is not the first artist to make it clear that he has been using drugs to give him the mood to hit the studio and make dances that are often well received by his fans.

Tekno Miles is currently rocking with his new song After Party after the success of Buga’s collaboration with Kizz Daniel. 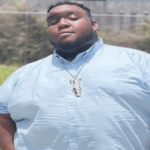