Adriana Chechik, a Twitch broadcaster and actress of adult movies, broke her back, but it wasn’t how you would assume; instead, she fell violently into a foam pit that, according to reports, wasn’t deep enough to comply with safety standards.

At TwitchCon in San Diego on Saturday, Adriana was defeated by the pit after she jumped off her platform to celebrate beating another broadcaster, EdyBot, in a foam jousting match.

As viewed from the convention’s live feed, the leap is rather remarkable. However, the landing is difficult; she attempts to crawl out of the hole but is unable, at which point someone rushes to her aid to find out what happened.

The next day, Adriana posted on Twitter, informing her followers, “Well, I fractured my back twice, and now I’m having surgery to insert a support rod. Send your assistance. “

She reportedly wasn’t the only one who was injured in the hole; another person posted about having her knee dislocated. “Guys, take caution while doing this. I’m in the hospital right now to check whether I shattered anything,” Adriana Chechik posted. 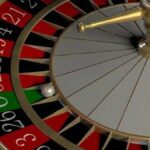