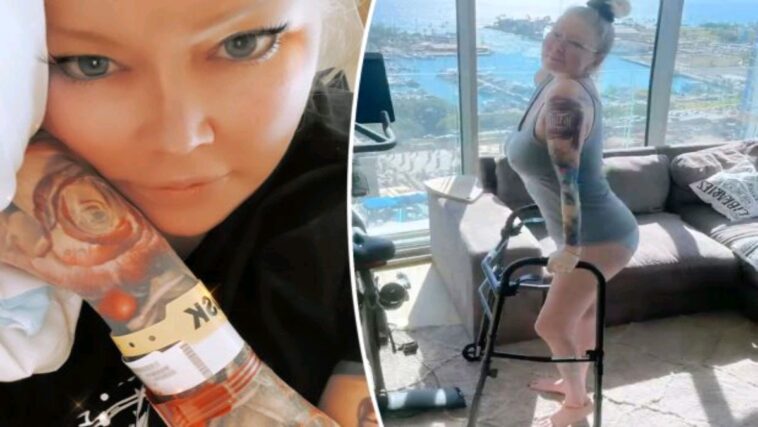 Jenna Jameson is on her way back to health. Jenna Jameson needs a walker since she is yet to stand on her own after undergoing an unknown illness.

The 47-year-old former adult film actress stated on Monday that she is now using a walker due to a mysterious ailment that has rendered her unable to stand on her own.

“I’m gaining strength!” Jameson captioned a snapshot of herself smiling while holding on to her walker on her Instagram Story.

Last week, the mother of three revealed that she was bedridden due to her debilitating illness. She has twin sons Journey and Jesse, 12, with ex Tito Ortiz and daughter Batel, 4, with boyfriend Lior Bitton.

Doctors have been unable to pinpoint the cause of Jenna Jameson’s illness through tests thus far.

” As you can see, I’m still sick. I’m in bed, yet I’m in a lovely house. I’ve been sleeping a lot lately. We don’t have any idea what’s going on. She said in an Instagram video, “I’m still unable to stand, but I’m feeling better and things are getting a lot better, so thank you for your support.”

Jameson spent a month in a hospital in Hawaii, where she lives with her family, as doctors sought to figure out what was wrong with her. Bitton, the star’s business partner, detailed how she suddenly grew weak in early January.

“Her leg muscles were really weak. As a result, she was unable to walk to the restroom. He claimed on social media at the time, “She was collapsing on the way back or to the restroom, and I would have to pick her up and carry her to bed.” “And then it got pretty bad within two days, her legs started to give up on her, and she couldn’t walk.”

Doctors initially thought Jenna Jameson’s symptoms were caused by a rare neurological illness called Guillain-Barré Syndrome, but this has subsequently been ruled out.

Jameson, who has been open about her health struggles on Instagram, stated on Feb. 22 that she was discharged from the hospital with a better understanding of the cause of her illness. 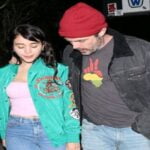 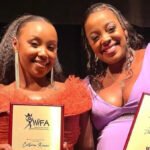