The Rapidworkers website(rapidworkers.com) is outdated, to put it mildly, like an internet artefact from the 1990s, and you can’t help but question what they have done to advance and expand their business if they haven’t changed their site in ten years or more.

Or are the RapidWorkers just coasting along without a captain?

Though I’m sure you’re not here for that either, neither am I to evaluate their website.
You want to know whether RapidWorkers is a scam or legit. And if it is authentic, how effective is it?

How can they help you?

A website called RapidWorkers offers modest, easy-to-complete activities that may be completed from home or wherever else you have access to a computer or mobile device with an internet connection.

They have been around since 2009 (instead of the 1990s as I first believed), which is a clue that they are trustworthy. But I have to confess that I’m not yet persuaded.

I’ve seen a lot of bad reviews, and maybe you have too. I’ll do a bit more digging into my research so you don’t have to.

Interestingly, they identify themselves as “a service of UnikScripts, Inc.” on their about page.

But I can’t find any proof that a business called Unikscrips, Inc. even exists unless they spelt it incorrectly. So let’s find out whether RapidWorkers is authentic before I explain how it works and if it may be of use to you.

RapidWorkers: Is it a scam?

The first thing I want to note about RapidWorkers.com, which has been around for more than ten years, is this… it’s really uncommon for fraud to continue for so long. At least not without altering their name and adopting a new brand.

The second thing I want to emphasize is the reality of micro-employment. This kind of minor work may be outsourced by employers on sites like micro workers, which is entirely legal.

Therefore, RapidWorkers may be legitimate, but in my view, there are still a few things that don’t make sense. In addition to what I’ve previously said, I was looking for any further warning signs.

I know I’ve previously spoken about this, but it was the first significant cautionary sign that led me in this direction.

It’s strange that I can’t locate UnikScripts, Inc. anywhere online. Google doesn’t list this company, which is thought to be the parent company of RapidWorkers.

What does the absence of it reveal about RapidWorkers, if anything? Do they really say that, or is their website really that old?

Perhaps Unikscripts was once a legitimate firm, but it either changed its name (for which I presume there would be a record) or just ceased operations. In any case, RapidWorkers hasn’t clarified anything on their website.

This does not show they are a fraud and is not smoking gun. However, several parts of their website’s grammar make it almost impossible to read.

For instance, this is what the RapidWorkers’ About page claims.

“We are combining Workers and Employers to our site to minimize publicity and marketing costs while at the same time providing money to everyday users. Also this way, you are sure that all jobs will be done and after you will have the ability to review there work.”

You can read it and understand what they are trying to express, I suppose, but it doesn’t give you much hope. Again, this does not imply that they are a fraud.

However, it does give them a cheap and amateurish appearance, which is not acceptable for a business that is meant to seek people abroad.

For comparison, you may check out other job-related websites like Fiverr and Upwork. You’ll notice that these websites have a clean, polished appearance. Naturally, both are true.

If you need to work online, this could not be the best place. 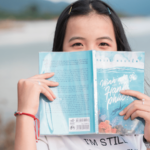 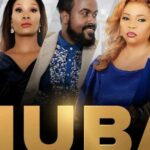