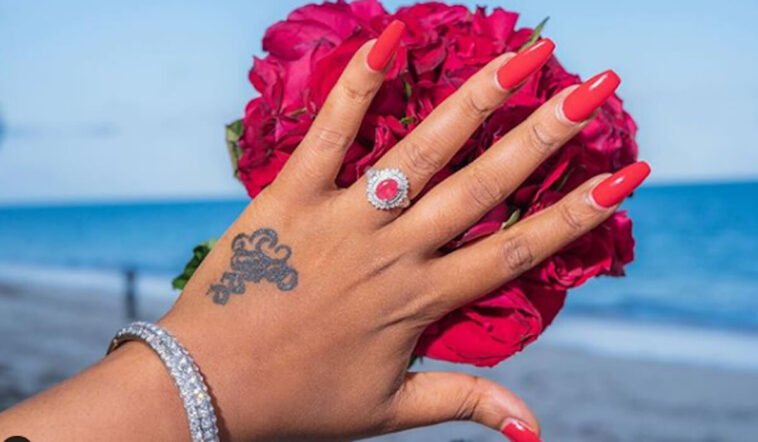 Vera Sidika clashed with her Boyfriend Otile Brown before hooking up with Tanzanian doctor Jimmy Chansa then broke-up while Brown Mauzo lost to Amberay in a nasty break-up.

Top Socialite Vera Sidika introduces her new sweetheart to the fans after the recent break-ups.

Brown Mauzo broke-up with Amberay while Vera on the other hand shown the door Otile Brown.

The two broken hearts have been in constant show-off. Vera and Mauzo have been sharing videos in their new house.

Fans have been attempting and thinking who Vera Sidika’s man was since she revealed on an interview that she has a new man.

Earlier, fans pushed Edgar Obare’s Instagram post with allegations that the two were seeing each other but it was not confirmed had not been confirmed.

In her fresh Instagram stories, Vera Sidika shared mini clips of how her new man had taken her jogging up a staircase in the morning.

In one of the videos, hawk-eyed fans managed to spot Mauzo trying to get an angle to take his lady’s photos.

In a video uploaded in Mauzo’s Instagram, he is also seen driving around with a lady many people believe to be Vera Sidika because of her contagious laugh.