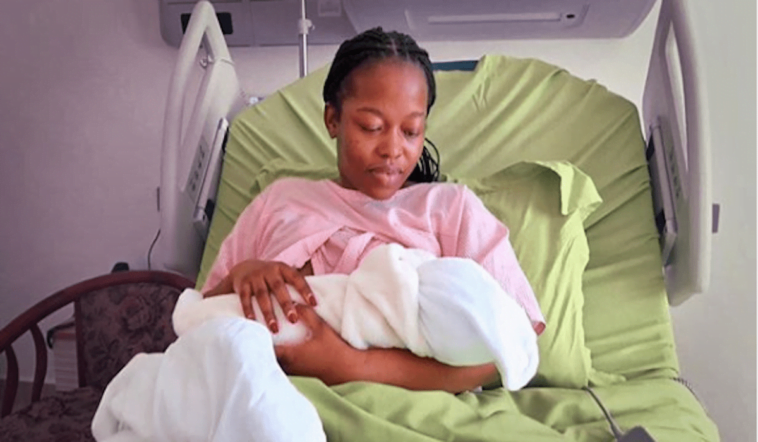 Elite Socialite Corazon Kwamboka has trolls back a fan who posted saying  “Hata Maureen Alikuwa hapo” comment on her photo with her lover Frankie JustGymIt.

Over the weekend, Ms Kwamboka posted a picture of her and her husband Frankie saying that she could have captioned the picture with a long essay but rather she will just say one word “Forever”.

“I could make this into a long essay about how much you mean to me, I’ll just say it in a word; FOREVER” reads Kwamboka’s caption.

However, a fan decided to entangle it by tearing apart the picture saying “Ata Maureen alikuwa Hapo, same Story. I got only one word for you 2nd wives never stay long, out of the experience. But I wish you nothing but the best…stay happy”.

However, Kwamboka instantly commented back on her photo telling the fan to be clear and just hate on her rather than of sugarcoating her negativity with advice.

Adding that she does not need her wishes. She commented back on “Hata Maureen Waititu ailkuwa hapo fan comment”

“And so? My friend, if you want to hate to have some balls to just do it, not coat it will ‘you wish me bla bla’, I don’t need your wishes. I have lived my entire life without them cheers” reads Kwamboka’s reply.

Corazon and Frankie welcomed a newborn baby named Taiyari into their family back in August 2020.

In July, the couple shocked fans when they un-followed and deleted each other’s pictures on Instagram with an excuse that they had opted for a private relationship.