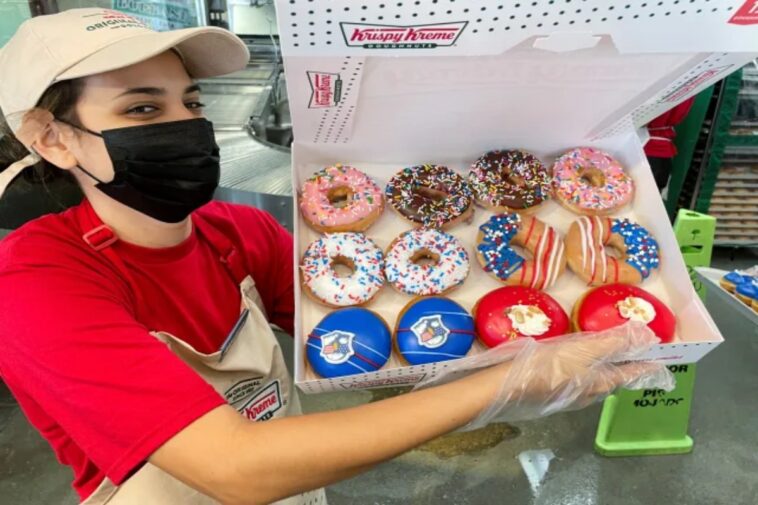 Through the use of automation, Krispy Kreme (DNUT) hopes to reduce the amount of time spent on its doughnut manufacturing line.

The Chief Executive Officer of Krispy Kreme, Mike Tattersfield, recently said on Yahoo Finance Live that “probably over the next 18 months, you’ll see some robotics beginning to move into the icing, the filling, the sprinkles, and even the packaging.”

The company, which has its headquarters in Winston-Salem, North Carolina, announced that it was part of its Investor Day celebration.

The announcement came alongside the company’s long-term outlook, which anticipates reaching revenue of $2.15 billion by the end of the fiscal year 2026.

The incorporation of robots is a component of a plan to make the most of the fresh hub and spoke model possibility in the United States and to boost the number of points of access to deliver-fresh-daily (DFD) services for grocery stores, convenience stores, quick-service restaurants, and other locations across the country. 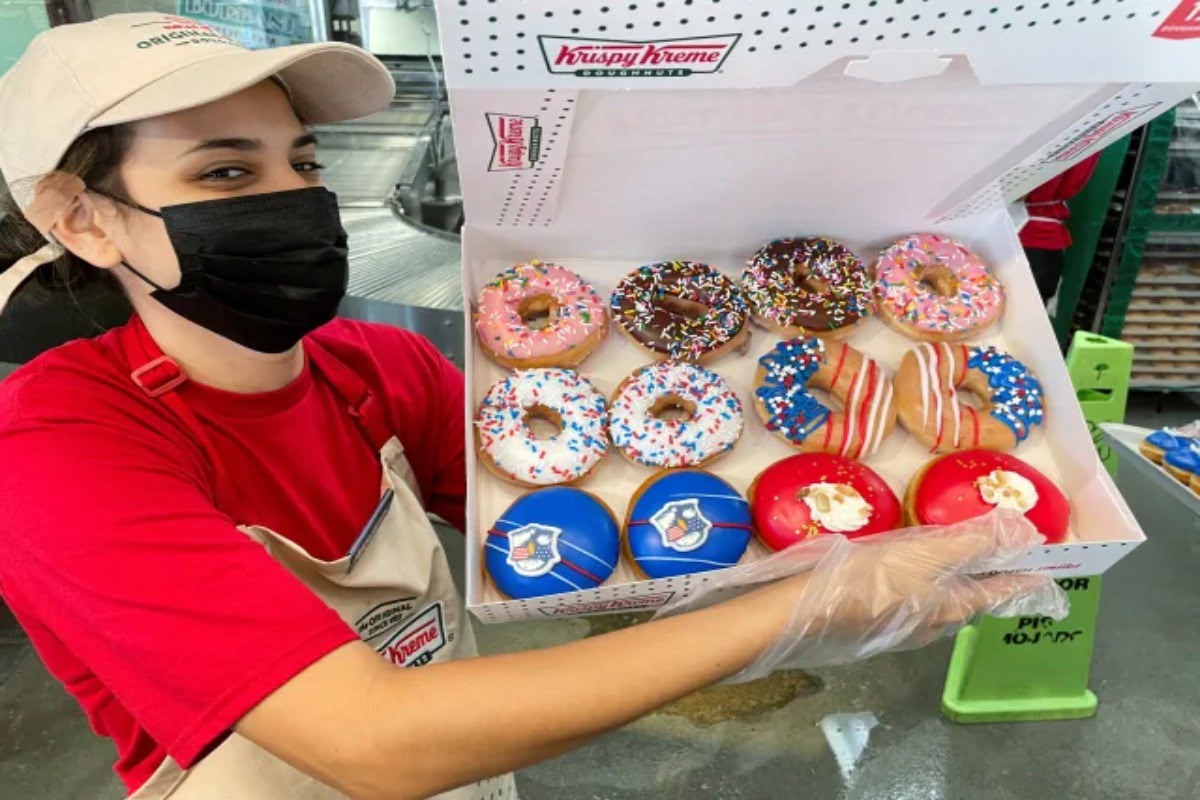 Thanks to this business model, customers do not need to visit a physical Krispy Kreme restaurant to get full-sized doughnuts that were manufactured locally on the same day that they ordered them.

Krispy Kreme CEO Mike Tattersfield stated, “We’ve got some pretty big factory stores… we do 12,000 points of access today, which get fresh doughnuts globally,” highlighting the massive undertaking that it is to deliver such a large quantity of fresh doughnuts to the various locations.

“Because it will be sold in supermarkets, you need to investigate how much of that process can be automated as soon as possible.”

The trip will include stops at several convenience stores.

By the conclusion of the fiscal year 2022, it is anticipated that Krispy Kreme would have over 5,400 locations throughout 30 countries, resulting in a total revenue of nearly $475 million.

It is anticipated that by the year 2026, there will be more than 12,000 points of entry in 45 countries, and the company intends to bring in more than 660 million dollars in income.

It is anticipated that the automated lines, which will create 18% of Krispy Kreme doughnuts throughout the following 18-month period, will result in savings of $2 million annually on an investment of $6 million.

Analyst John Ivankoe of J.P. Morgan, who has an Overweight overall score on Krispy Kreme stock and reduced its price objective to $13.00 from $15.00 last week, pointed out that the doughnut firm mainly spends more than $100 million on doughnut processing labor in the United States, of which “$60 million is associated with post-production labor that includes inline icing, inline filling, and traying and boxing mechanisms that can be automated.”

Despite these plans for automation, however, Tattersfield emphasized that Krispy Kreme employees, also known as Krispy Kremers and Insomniacs (the employees behind its Insomnia cookies business), are still at the core of the business.

The goal of these plans is to reduce the amount of monotonous work that is performed.

“We are still going to continue to drive the experience side with our Krispy Kremers and Insomniacs,” he said.

“So I always find that when companies do a great job, they’re balanced in how they try to do that, and you try to get the repetitive tasks out of the business.”

And in a globalized economy, to attract and keep talent, the capacity to evolve as an employee is what separates one person from another, according to Tattersfield.

He justified it by saying, “It’s all about the chance for advancement.”

“When you’re working for a business of our magnitude, where even now there are still more than 400 doughnut shops manufacturing products and the firm is on a long-term path of expansion, growing throughout the nation becomes a tempting offer.”

“It makes me so happy to see that several of our doughnut store managers have become owners.” 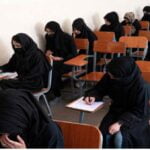