House of the Dragon new episodes are live on HBO. Okay, fans can completely understand her rampage now. Holy shit, lol. The Dance of the Dragons is here! “Lucerys Velaryon died with his dragon. The prince was thirteen years of age. His body was never found. And with his death, the war of ravens and envoys and marriage pacts came to an end, and the war of fire and blood began in earnest. ”

Can we talk about Emma D’arcy in the finale though? They were phenomenal! Queen Rhaenyra of House Targaryen, Queen of the Andals, Rhoynar, and First Men, Lady of the Seven Kingdoms, Defender of the Realm, is the first of her name.

House of the dragon trailer and book

Sponsors came with a book. This book comes before the famous HBO show “Game of Thrones” and shows how House Targaryen comes to power. Almost 200 years before the events of “Game of Thrones,” “House of the Dragon,” which is based on George R.R. Martin’s “Fire & Blood,” tells the tale of the Targaryen civil war, in which King Viserys I Targaryen’s children fought for control of the Iron Throne. 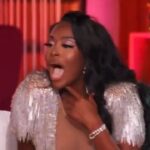