Tanzania comedian and actor Haji Salum Mboto explains how he changed career and rebuild comedy in Tanzania with Gladness Kifaluka. Huba, Kitimtim actor turned comedian Haji Salum had to choose another mode of entertainment to survive.

Haji Salum Mboto who is a producer, actor and comedian began the journey of transforming the entertainment industry in Tanzania.

Lately, he has been featured in Huba playing as Chidi with top Bongo actress Grace Mapunda.

Haji Salum has been in the industry but with a blend of events; acting, comedy and film production.

He has been featured in over 100 movies since 2014. Now, he is ventured in Tanzania Swahili Telenovela aired on Maisha Magic Bongo.

He has balanced with comedy and recently featured in KitimTim.

Haji Salum Mboto has been the comedy driving force in Tanzania with top Comedienne Gladness Kifaluka.

The duo are among the richest comedians in Tanzania and driving force of the laugh industry. 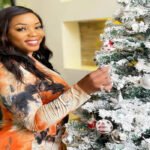 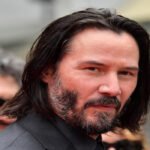