CEO of Twitter Jack Dorsey is expected to step down from his executive role. However, it is reported that conservative investor Paul Singer is pushing him out.

The Twitter stock went up news before being stopped following the news pending.

Dorsey, 45, currently serves as both the CEO of Twitter and Square, his digital payments company.

The company announced earlier this year it intends to have $315 million monetizable daily active users by the end of 2023 and to at least double its annual revenue in that year.

Elliott Management founder and billionaire investor Paul Singer had questioned whether Dorsey should run both of the public companies, calling for him to step down as CEO of one of them before the investment firm reached a deal with the company’s management.

Dorsey, who founded the social media giant, served as CEO of Twitter until 2008 before being kicked out of the role. He returned to Twitter in 2015 after former CEO Dick Costolo stepped down. 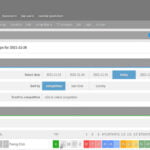