The Taylor Swift fans are especially thrilled to finally hear the 10-minute version of the song “All Too Well ” which they have been requesting for just short of a decade.

This is Swift’s second re-recorded album after Fearless.

Taylor Swift plans to re-record all six albums she released before her masters were sold to Scooter Braun in 2019.

Although the masters have since been sold to Shamrock Holdings, Swift indicated that she would continue with her plans to re-record her albums in order to once again own her songs.

” I love the anticipation during the wait to see if the first additional verse will be blasted out to tell if it is the normal version 10-minute version of #AllTooWell, ” fans reacted. 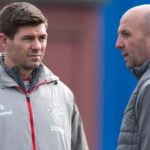