Chelsea FC boss Thomas Tuchel, who was appointed as Lampard’s successor — and the former Borussia Dortmund and PSG head coach, reveals inside make-up that will lead to the season’s triumph.

There is absolutely no denying that the German boss has taken the Stamford Bridge outfit to another level in a short space of time.

The Blues appeared deprived of ideas with Lampard, but the new manager has calmed the loosing ship and enforced his own style on the team.

Chelsea FC has yet to make any high-profile transfer this time of year, with goalkeeper Marcus Bettinelli the only signing so far.

Still, Chelsea owns more than enough world-class players to pick up where they left off last season and mount a serious title challenge this year.

With strikers like Timor Werner, Christian Pulisic, Mason Mount, Kai Havertz and Hakim Ziyech in their ranks, the Blues has enough stock.

N’Golo Kante and Jorginho are arguably among the best midfielders on the planet, while Ben Chilwell and Reece James add solidity in the full-back areas.

It could be said that Chelsea needs to beef up in the centre of defence, although Sevilla young atomizer Jules Kounde looks set to fix that puzzle.

If the Blues succeed to lure Haaland to Stamford Bridge, they will stand a superb chance of challenging for the title.

With Tuchel at the wheel, Chelsea FC must be viewed as a legitimate title contender. Ultimately, the German has totally remodelled the club’s fortunes. 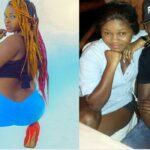 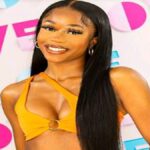