The Argentine left north London 18 months ago and after a spell out of the game during the pandemic and signed a short-term 18-month deal with his former French side PSG.

Pochettino already has won two domestic trophies as a manager but was whipped the Ligue 1 title by Lille.

PSG reached the Champions League semi-finals this season, beating Barcelona and Bayern Munich under Pochettino but were beaten by Manchester City.

Now not only have Spurs spoken to Pochettino about a return to the club but the 49-year-old but also talked to PSG management.

Pochettino has made no secret of his desire to return to Tottenham to fulfil ‘unfinished business’ at the club but few anticipated his return to possibly be this soon.

The Argentine transformed Spurs during his five-and-a-half years at the club, with three consecutive top-three finishes, four Champions League qualifications, finally overhauling Arsenal after 22 years in the Premier League and taking the club to a historic first Champions League final.

Pochettino had problems with getting new players as the club was constructing their stadium, white hart lane. He was sacked just after the stadium completion. 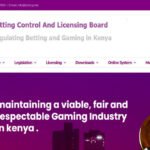 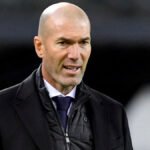