Tahidi High and Zora Actress Sarah Hassan featured in a New Hollywood films as her star shines in the industry.

Kenyan actress Sarah Hassan Net worth increases according to Forbes after being featured in Zora – the Citizen TV show – and Crime and Justice film.

Sarah Hassan ventured into Fashion and Jewelry businesses that had a hand in raising her net worth from an estimated $ 3 Million to $5 Million.

Tahidi High and Zora Actress Sarah Hassan rose to the wealthy actors ranks through acting in various shows like Tahidi High, Just in Time, Reflections, 40 sticks among others.

She went to the United States where she featured more films with Veterans at Hollywood. 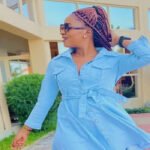 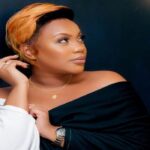