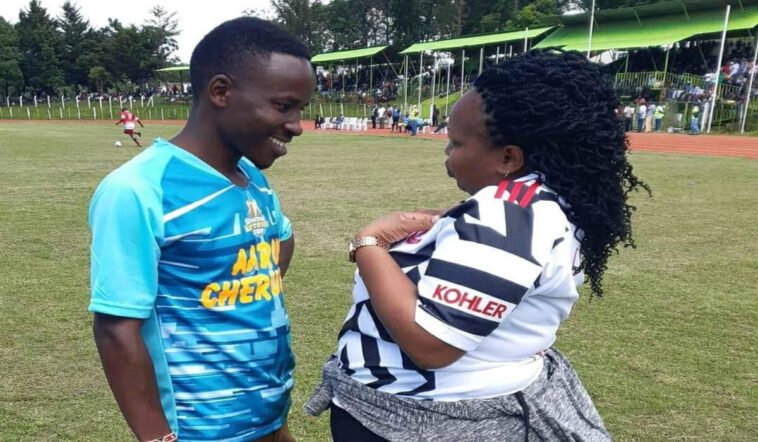 Jubilee Party nominated Senator Millicent Omanga causes an uproar online on her mode of dressing making her fan caught his attention and decided to write her name on his chest.

The man posted a photo of him without a shirt, having written the senators name on his chest.

Kipkoech Konki wrote on his Facebook timeline “I wanted to have a tattoo and her Photo on my chest but I don’t have money to do that, ” he posed.

Kipkoech Konki is just one among many that admire this high-end female.

Senator Millicent Omanga is Deputy President William Ruto’s footsoldier and Kipkoech Konki having a crush on her means that he is Ruto’s fan.

Following the fans’ action, Senator Omanga reposted the photo on her official Facebook page timeline, looking for his residential and physical address of the fan.

A part of her fans acknowledged the fact that the senator was looking for the hustler fan, while others hilariously posted comments that were even not related to the photo.

The move comes after another photo she posted at a football ground last year that caused mixed reactions online.