Maria fans and other online users cause mixed reactions with many crying over the end of the beloved series.

The Citizen TV Maria Series ends after Lulu Hassan announced she had something new cooking, the mother of three unveiled her new show titled Zora.

It was filled with suspense, drama, romance and a pinch of comedy.

The most thrilling section was when the programme’s starring and the lead actress was revealed who is a top actress. It is EX-Tahidi high actress and Kenya’s very best Sarah Hassan.

The Tahidi High star will feature alongside her fellow Jackie Matubia.

The duo has reunited to perform a spell and a majority of their fans cannot wait to see what the pair has in store for them.

Just from the thriller that lasted for around a minute, people were already caught waiting to glue on their screens from Monday in the evening. 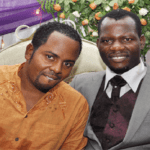 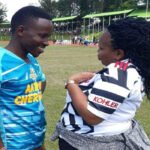