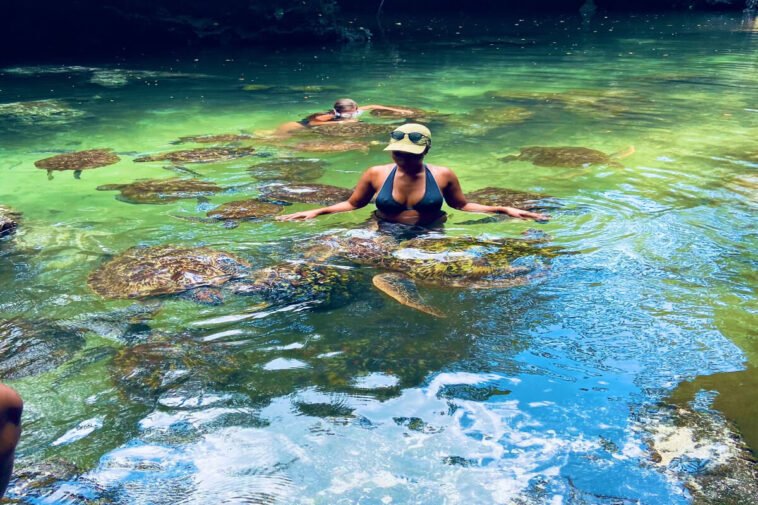 After putting her pants down to swim with turtles at Nungwi Aquarium, Zanzibar, turtles did something incredibly.

Nungwi, Zanzibar, Tanzania has the only turtle pool in the world. Tourists at the pool swim with turtles.

“My trip to Zanzibar was amazing where I was swimming with the friendly turtles at the Baraka Natural Aquarium on Nugwi Beach in the north of Zanzibar.

“The aquarium is a tiny natural pond – a cavern, which toils as a sanctuary for the turtles.

“The conservancy gets turtles which have been accidentally caught in fishing nets and give them a chance to recuperate before being released into the open ocean again, ” a tourist narrated her experience at the turtle swimming sanctuary.

The place is said to be safe and experts say, the water surrounding it has healing effects and softens skin.

Swimming at the pond with turtles cures depression.

“What attracted me to this place was the fact that I would be able to swim with these gentle animals. They come very close and it was a bit odd in the beginning to feel them brush up against me, ” she added. 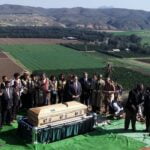