An increase in Tesla’s share price on Thursday, January 7, pushed Musk past Jeff Bezos. Bezos had been the world’s richest person since 2017.

The South African born Musk is a Tesla Inc chief and billionaire entrepreneur, known for pioneering industrial space travel and electric cars, among other innovations.

He is among the generation’s great public scientific minds, in the mold of Albert Einstein or Nikola Tesla, after which his company is named.

Including Thursday’s additions in Tesla shares, Musk had a net worth of more than $188.5 billion, $1.5 billion more than Bezos, Bloomberg reported in the US.

There has been an extraordinary 12 months for the 49-year-old South African-born engineer, during which his net worth jumped to more than $150 billion, Tesla’s share price flying 743% last year.

Tesla produced just over half a million cars last year, a fraction of those produced by Ford Motor Co. and General Motors Co, Bloomberg reports. 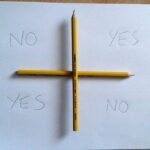