Bongo superstar Khery Sameer Rajab commonly referred to as Mr Blue says he has done over 900 songs with other Bongo artists.

The Mapozi hitmaker added that he has even forgotten lyrics in some of his songs.

He featured in some longtime hits with almost a quarter of the Bongo artists.

In his social media handles, the Jeje collabo with Diamond star said he wants someone to recount the songs because he believes he has surpassed 1000 songs.

” Yesterday I reviewed all the songs I featured and have reached almost 904, ” Kivuruge hitmaker with Nandy said.

“And there are some, I have forgotten. If there is someone we sang together, please remind me and we should forgive each other in this calculation, ” Mr Blue asked.

“We will do it again. Because I believe some hits are missing, ” the rapper added. 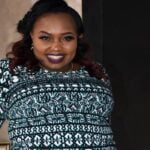