Frankie, just gym it, who once dated Maureen Waititu before meeting Corazon is said to have been content with what he is driving.

According to him on a telephone conversation, Frankie GymIt says Corazon has been a fundamental wife in the house and none like her.

Corazon has been in a constant battle with Maureen and other Frankie ex-girlfriends.

After dumping the Mzungu ex-boyfriend, Corazon Kwamboka decided to settle despite spats from Maurine.

Now a mother of one, says she is not shaken by any tides soon.

” Above 18 years, someone is old enough to make individual suggestions and decisions,” she said.

Fans, however, urged Corazon to accept that before there was someone.

“It will end in tears. Before her there was someone. Let Frankie just gym it continues hitting it hard before it elapses,” a fan rejoined the conversation on social media. 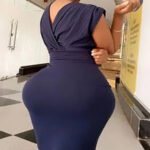