During an Instagram Live interview with Mandela alias Xtian Dela, a controversial socialite Shakila alleged said that she was paid by several celebrities including Khaligraph Jones and Victor Wanyama to sleep with them.

After a reaction, Shakila apologised to rapper Jones on Instagram, saying she was under the influence of alcohol at the time – but insisted her other claims were true.

But Wanyama, captain of Kenya’s national team, reacted with a remark on Twitter furiously dismissing the accusation saying they are “false and insulting.”

The EX-Tottenham player who now plays at MLS side Montreal Impact alleged both Shakila and publisher Mandela (Xtian Dela) were using the lie to expand their online appearance.

“My attention has been drawn to a video circulating online containing false, fabricated and insulting allegations aimed at scandalising my good name and reputation, ” Wanyama said.

“I wish to distance myself completely from the contents of this defamatory video, “he added.

“The accusations made therein are a total fabrication and a lie of the maker’s imagination at best. I have NEVER met any party in the video, ” he concluded. 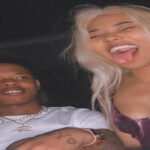 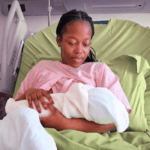