Who is the new Otile Brown Just In Love record label after Artist Jovial exit?

After missing his first signee Jovial, RnB singer Otile Brown has revealed a new artiste under his record label “Just in Love Music”

Otile uncovered singer Lexsil on Tuesday as the new record label signee, asking his fans to accord his artiste a warm welcome and follow him on his social media pages.

Who is the new Artist?

Artist Jovial was the first-ever signee under Otile Brown’s label but a few differences saw her exit the label after a short assignment.

“It’s true she is not working with Just In Love Music, there was a misunderstanding that caused her exit, ” Otile said.

“Currently she is under new management and next week she will be dropping a new project. We are branding her to be the next big thing. She has a number of projects on her name that will be dropping soon,” her former manager revealed to a local publication. 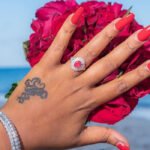