Just Like Our Parents movie star Sophia Valverde and her controversial teen boyfriend Lucas Burgatti are back in good terms after allegations of the cold war.

The Duo has been seen in who have been together for quite sometime claimed to be in another move of securing a big deal.

The 15 years old celeb Sophia Valverde says she has been on a lovely walkway.

She says that the parents have been so supportive in the journey of entertainment.

” My parents discovered my talent and nurtured it. Some people say I have been dating. How can I date anyone when I’m still in parents house? “

“They are all my friends, ” she posed.

Born in Brazil, Sophia is among the top Entertainers in the world. He movies have been inspiring and trending across the world. 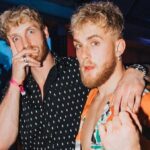