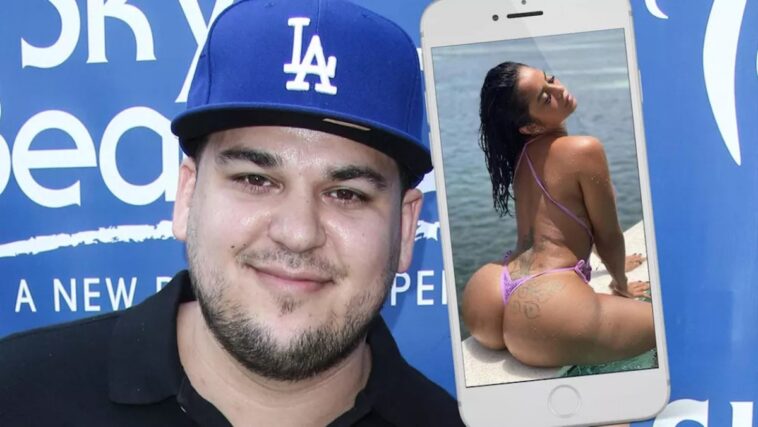 He was spotted at a romantic dinner with famous Instagram model Aileen Giselle aka GiGi on Monday evening and it’s left fans tongues wagging about their relationship.

GiGi captured their date night on her Instagram Story and didn’t hold back. Showing Rob Kardashian across the table and blushing, the model did a close-up of his face with a superzoom heart filter.

However, Rob Kardashian flaunts new hot babe but most fans gambled for the potential new couple, others had a strict warning for Rob Kardashian to get out now before he has another Blac Chyna situation.

“He about to get played again. somehow poor guy. All the girls just want is that last name. So sad,” one person wrote.

“He’s gonna get himself caught in a situation again,” joked another while someone else said, “Another black Chyna situation.”

The Kardashians and Blac Chyna have been trending since their breakup with Dream’s mom alleging they are the reason her reality TV show was cancelled and her money flow ceased.

While the drama seems unresolved, they accepted on co-parenting their three-year-old daughter.

Going from one curvy model to another, maybe Rob Kardashian has finally met his match with GiGi.