Tamar Braxton for the second time speaks out after being hospitalized for attempting suicide, showers applauds to her boyfriend David Adesfeso for saving her life, the second time.

David walked into the couple’s residence at the Ritz Carlton in Downtown Los Angeles where he found Braxton ‘unconscious’ after drinking and taking an overdose of unknown medication.

The sensational ‘Braxton Family Values’ star posted a video of David and herself in what appears to be a private lunch date thanking him for his life saving fast action.

“I came here just to say this and then I’m logging off… if you have ever been in recovery or treatment you know that you reflect on a lot of things…so, I couldn’t let another day, another second go by without PUBLICLY Thanking my Love @david.adefeso for saving my life… I’m so grateful. I was in our home lifeless??” she wrote. 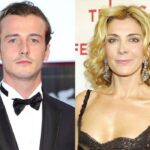