In an interview with Vanity Fair, Michael Richardson explains how he feels since his mother passed away 11 years ago.

Micheál is also the son of Liam Neeson.

The actress died in 2009  at 45 years after sustaining a head injury while skiing. At that time, Micheál was just 13 years old.

“I think the pain was a little too overwhelming,” her oldest son, now 25, recalls.

“I think the mind is very powerful, and subconsciously, or unconsciously, it can protect you. That’s what it did when she passed. I just pushed it aside and didn’t want to deal with it, ” Natasha Richardson son said.

“I don’t, even still, think that I’ve fully comprehended it, and that seems to be a similar journey to a lot of people I’ve spoken to. Fifty-year-olds who lost their parents when they were 12, 13…One day they’re out gardening, and something comes over them and they just break down,” Michael Richardson still tenses.

“That’s more or less what she was like. She was this sweet, amazing mother figure as well as my best friend, ” he added.

“She had these amazing, big welcomes when we’d come home or she would come home. ‘Darling!'” he says while doing his best impression. “

“I’m so lucky because I have her captured on film.”

“The acting profession is about many things, and one of those is rejection,” Liam explains

“If you get an audition and don’t get a recall and then don’t get the part and subsequently the job, it’s got nothing to do with your upbringing or what schools you attended; you’re rejected because of YOU; how you look, sound, the space you occupy as a human being, ” he added.

“That is f’king tough. It’s especially tough when you have another audition in a couple more hours after being rejected after that first audition, i.e., you have to get your ‘mojo’ back up again. “

“So one has to be sensitive in order to do the ‘work‘ and be able to hone that sensitivity, and yet one has to develop a ‘thick skin’ to not let the rejections wear you down: You have to desensitize. It’s crazy.”

“And yet, with Micheál, acting is certainly in his blood,” Liam adds.

“On his mother’s side, that acting link goes back to the late 1700s, ” Liam concluded

“I think as I get older, keeping my mom more in mind and doing things to honour her allows me to remember her and to go through the grief, and properly heal,” Michael concluded. 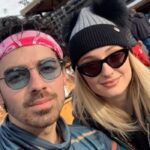