Buddy, The first dog that tested Positive of Coronavirus in the United States dies.

He passed on July 11, according to National Geographic. The German Shepherd tested positive in early June.

The family explains how their pet was before contracting the naval virus.

“He humoured them when they dressed him up as a bunny for Halloween. He was a protective big brother to 10-month-old Duke, the family’s other German shepherd. He loved everyone, ” Allison Mahoney the owner of the German Shepherd stated.

He lived up to his name, ” Allison Mahoney the owner of the German Shepherd added.

” In mid-April, right before his seventh birthday, Buddy began struggling to breathe, ” she added.

“Six weeks later, he became the first dog in the United States to be confirmed positive for SARS-CoV-2, the coronavirus that causes COVID-19. On July 11, Buddy died, ” stated by the National Geographic. 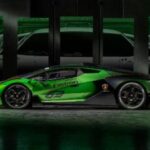