A vilified parent was given a caning by a Tanzanian headmaster in front of the other faculty members and students while the headmaster was addressing an assembly at the school. In front of the students, the instructor gave the parent a total of six smacks.

A headteacher ignited a stir online in Tanzania after canning a man who pretended to be a parent of one of his students.

In a viral video, the headteacher is seen addressing an assembly of teachers and students at the school in the presence of the indiscipline student and his fake parent.

The headteacher said, “So I sent this boy to go and bring his parent, and he has gone to pick someone up in the streets and brought him here.”

“This student has challenges which we need to solve with the help of his parent. But this child is stupid, he brings us this man and tells us he is his mother’s husband, ” he said.

“If I involve the police, this man will be jailed for 6 years for impersonation. Let’s not go that way. Rather, I’m gonna hand him six strokes of the cane,” he adds amidst laughter from the students in the assembly.

To this, the teacher asks the casually dressed man to lie down. He commanded. And he canned him. 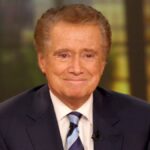