It’s always great seeing an African woman excel in grounds that were male-dominated.

Gillian Mallouw, 29, from Port Elizabeth, a naval officer in Cape Town is the first woman in Africa to navigate a submarine.

The South African Navy is the naval warfare branch of the South African National Defence Force and its role is to handle and prepare for naval operations in defence of the nation, its citizens and its interest.

The navy also carries out peacetime operations in aid of other national objectives.

Gillian Mallouw, 29, from Port Elizabeth, is a lieutenant in the South African Navy and is based at the Simon’s Town naval base.
She enlisted in the navy a decade ago and has never looked back.

“I was in Grade 9 when I decided I was going to join the navy once I completed school. I was already exposed to the navy as I joined the Sea Cadets in Grade 7 and this taught me so much about the maritime industry,” Mallouw says.

She was also encouraged when her cousin left for Cape Town to sign up for the navy.

“It seemed like an easy transition from school to the navy,” she says. 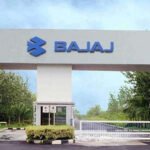