Wow! God is good. 64-year-old Ugandan woman gives birth. Despite reaching Menopause she gave birth to her first child despite being married at 24 years.

Safinah Namukwaya got married to Badru Walusimbi, a resident of Nunda Village in Kalungu District, Uganda in 1996,.

Her only wish was to have at least one child with him. Despite being married for 24 years, Ms Namukwaya had not been blessed with children.

When she attempted to have a baby in her first marriage with another man between 1973 and the 90s, she suffered an ectopic pregnancy.

After reaching menopause, her dream of becoming a mother had started to fade.

In March 2019 when she had clocked 63, she visited the Women’s Hospital International and Fertility Centre in Bukoto, Kampala.

Upon examination, Dr Edward Tamale Ssali, the director of the hospital realised that she can conceive despite her advanced age. 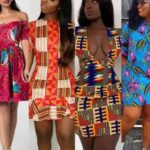